Good afternoon Western isles on this Saturday afternoon we are seeing. Thundery showers on the West Coast of Lewis and Harris. Elsewhere some light rain and drizzle. Plenty of places are dry with some hazy sunshine.

Here is a radar showing the thunderstorms earlier.

This thunderstorm image was shared to us by Alasdair Macleod earlier from South Shawbost. 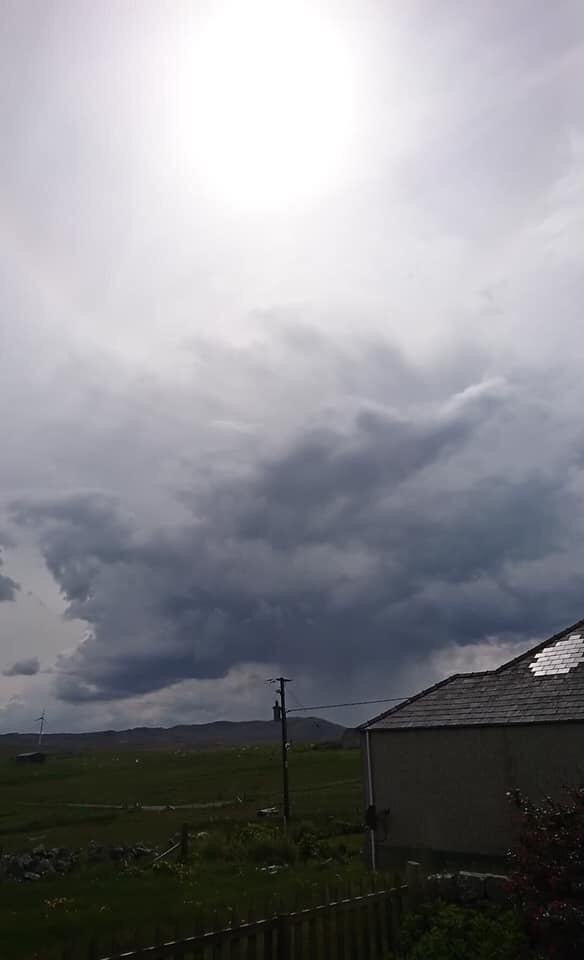 Today’s view from space highlights the hazy sunshine across the Western isles. Sunday will see a split in the weather. Showers across the Uists and Barra. Dry with plenty of sunshine across Lewis and Harris. Light winds mostly under 10mph.

Across the UK mostly settled conditions with some rain for Scotland and Northern Ireland.

Monday a risk of some early morning showers but they will clear allowing for a fine and dry end to to the day with plenty of sunshine. Winds starting light and then becoming breezy.

Across the UK most settled. However rain for the East and South East Coast of England has resulted in a Met Office yellow weather warning being issued.

Severe weather on Friday resulted in flash flooding (Cardiff) and a brief funnel cloud in Somerset.

And the Met office have issued yellow weather warnings for the East and South East England for rainfall from Monday to Thursday. Full warnings can be found via the Met Office website or app. 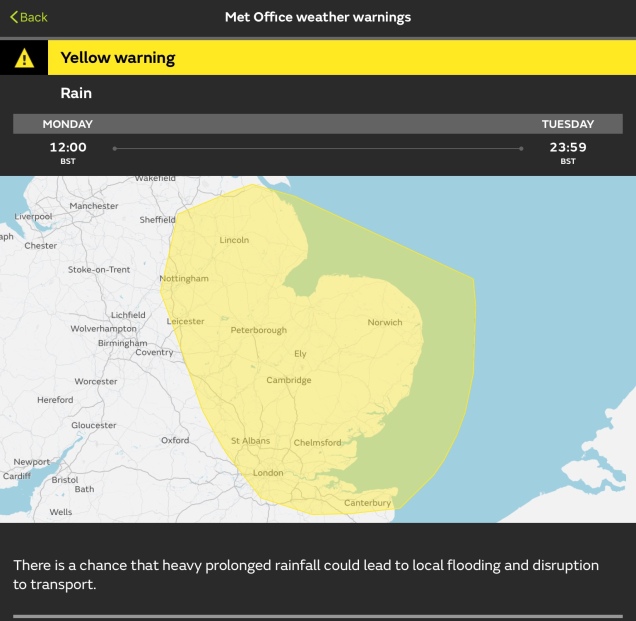 And finally here is Fridays Weather extremes for the UK.

Thank you for reading.

Radar comes from netweather. Pressure charts warnings and extremes from the Met office. View from space comes from NASA worldview. Flooding and funnel cloud from the BBC weather